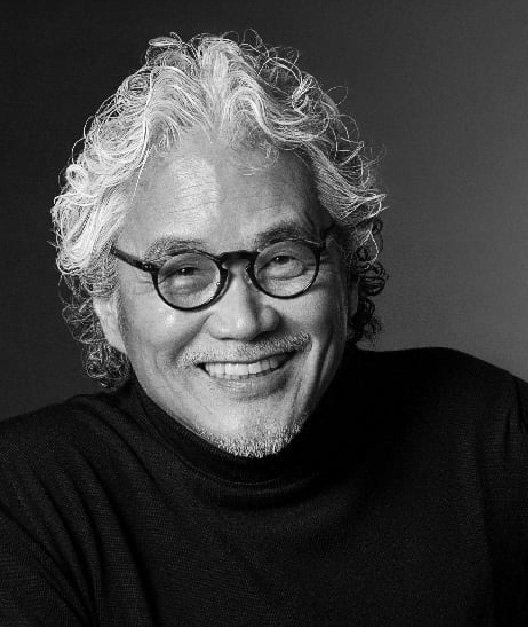 Design consultant
Born in Osaka in 1952. Graduated from Musashino Art University in 1977, studied stage performance art, such as opera and ballet. Established Kannami Design Institute in 1985. In 1980s, got involved with projects of luxury brands, such as GIVENCY, CELINE, RENOMA, MICHIKO LONDON, among others. In 1990s, took charge of designing at international companies, including 3M, SHARP, and ZEISS. Specializes in branding and corporate designing. After frequent visits to the US and Europe, had a chance to get acquainted with local artists, architects, photographers and designers, and accordingly conducted a number of collaboration projects, Concluded agreement with KOSE as their creative producer in 1988, and proposed new brands such as RELAXA(1989), CARTE(1990), LORAC(1994), AWAKE(1995), VINCENT LONGO NEW YORK(1996), STEPHEN KNOLL NEW YORK(2002), and AQNW(2010). Has been teaching at Musashino Art University since 1999. (Appointed as special lecturer for PhD course of the university in 2020) Appointed as chairperson of Japan Design Space Association in 2011. (has been an honorary chairman since 2017). Appointed as a brand advisory group member for Tokyo 2020 Olympic and Paralympic Games in 2016. Appointed as a Tokyo 2020 Mascot Select Panel member in 2017. In private life, enjoys visiting national parks in the US and great natures in the world. (My Favorite Great American Nature). Inherited historical records of Osakaya, a merchant’s family In the Edo period (Osakaya Kuzaemon Successful Merchant).
KDI (Kannami Design Institute Inc.)
3-14-3, Jingumae, Shibuya-ku, Tokyo , Japan 150-0001
office@kdi-inc.jp

Most impressive work (commented by Tatsuo Kannami)
I am proud to say that CARTE, cosmetics brand, was the most impressive project for me, ever since starting my own design office in 1985. This project started in 1988, more than 30 years ago from now, and I believe this turned out to be the milestone for the future brand business, both for my client and myself. When KOSE told me that they were eager to create a department store brand to newly enter the market, I felt we would need a completely fresh approach. Although it was my first cosmetics branding in full scale, since I was allowed to cover a wide range of creative directions, such as product development, ad production and store development, I decided to hire Mark Kostabi, a New-York-based modern artist. Traditionally, cosmetics visuals had focused on things like women’s facial expressions, their looks and skin quality, but I took a chance by using his inorganic human figure and expressionless face. KOSE was already a major company, although not as successful as now, so I have no idea why they hired me for the project which could determine their destiny, who was only in my 30s and did not have enough experience in this field. However, I am glad to say that I was able to duly meet their expectations. As a matter of fact, it was backed up by so-called “bubble economy” in the late 1980s. Abundant budget allowed, I was fully motivated to tackle this project and also had a wonderful experience by going to New York City repeatedly. The ideas, “design is not consumption, but an investment” and “branding can raise corporate assets” matched the trend of the time. Since the notion of branding started only in 1990, when Dr. David Arker introduced it in his publication, my idea was rather a new proposal at that time. After I undertook this project, I had a chance to launch other cosmetics brands, as well, such as LORAC in 1994, AWAKE in 1995, VINCENT LONGO NEW YORK in 1996, and AQMW in 2010. LORAC created “make-up art boom” in the Japanese market in 1994 and AWAKE proposed an environment-friendly approach in the cosmetics industry in 1990s. STEPHEN KNOLL NEW YORK and AQMW(DECORTE), started in 2002 and 2010 respectively, have been long-standing brands in the market and I am still in charge of their creative direction now, in 2022.
Project CARTE